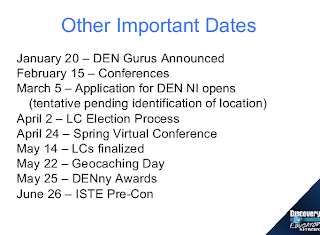 Scott Kinney, Vice-President of Professional Develepment and Outreach at Discovery, opened the DEN LC New Year with a DEN Leadership Council Insider webinar, an event that Discovery will reprise monthly for whole council webinars Although these webinars are intended for DEN LCs, DEN STARS are welcome to attend as well. Lance Rougeux began by thanking LCs for supporting SCIcon 2010. He followed by discussing Siemens We Can Change the World Challenge. If a DEN STAR submits an entry, s/he will be entered in a drawing for a free trip to NSTA. The state with the highest number of entries will be awarded a DEN in-person event staffed by Discovery. March 15 is the new deadline for the K-5 applications. DEN GURUs will be announced this coming Wednesday. The excitement builds. If you check the list of events, you will see that the DEN LC have been and will be very busy. 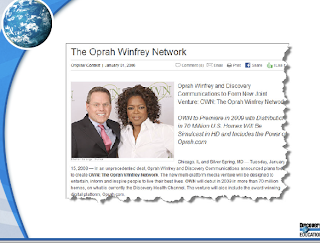 Scott announced that in the next year and a half, Discovery will open 3 new networks. The first is the Oprah Winfrey Network, Living Your Best Life. This channel will be a rebrand of Discovery Healtrh, already reaching 70 million viewers. Next initiative is Discovery’s pending launch of the first brand new 3D Television Channel, the first of its kind, and Discovery is going to go for content, not just the 3D. In order to receive this new channel, you will have to have a 3D TV and wear some kind of glasses. Discovery and Hasbro combine to create the Children’s Network, the third new Discovery a rebranding of Discovery Kids to the Hub.

Yet another unveiling is a new 11-part series called Life, to air early March on Planet Earth. If you would like to see a preview, click here. Teacher material and supplemental guides and resources will be ready at launch time. Airing likely January 2011 is another new program, Curiosity: The Questions of our Life. Fifty episodes over a five-year period will address the real questions of our life, and will be education friendly. 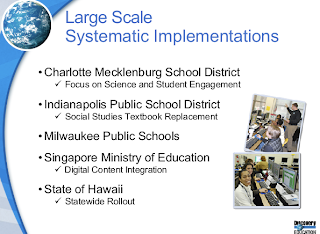 Inter/national professional development is ongoing. Singapore was the first rollout of digital content and Hawaii is next. What a job that will be in Hawaii. Scott wrapped his segment of the monthly LC webinar by thanking LCs for the fine job they do, citing the SCIcon 2010 as a timely and primary example. 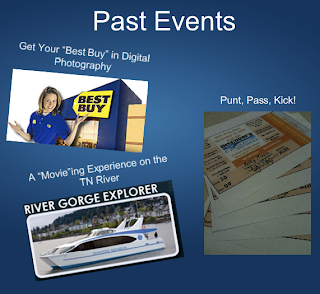 Teryl Mcgee, TN LC Chair, is the second part of the webinar. She notes that TN LC is a very active LC, hosting at least one event a month, and sometimes two She shared her LC and some very creative ideas, including an event at Best Buy hosting TN STARS who could attend a session before the store opened, and then gave teachers a 10% discount. After this short event, the group moved to Panera to discuss Discoverystreaming. A River Gorge Explored event explored taking good pictures and then went down the TN river and used the knowledge gained from the AM session to take PM riverview pictures. Another event, Punt, Kick, Pass, focused on providing the basics on Discoverystreaming. Noting that their events are well attended, they register and track their attendees on Google Forms/Docs. The TN LC targets specific areas, like Nashville, to create membership events. Teryl suggests that we dream big and plan interesting events. In their future is a piggy-backing on the Best Buy event is Making Movies and More at the iPod store. Continue to watch the TN blog to see forthcoming events. 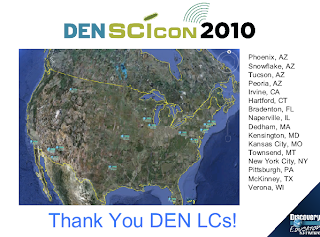 Lance reminds us that this webinar will be archived for anyone who missed today’s Insider meeting. He also suggests that we tie our LC state events to the national events and survey the STARS in your state with a needs assessment to create professional development. He also thanked the Leadership Councils for making DEN SCicon 2010 such a tremendous success. Leadership Council Institute, National Institute, and STEM Institute are 3 big events that Discovery is hosting this year. These dates should be announced at the February LC Insider meeting, so stay tuned.