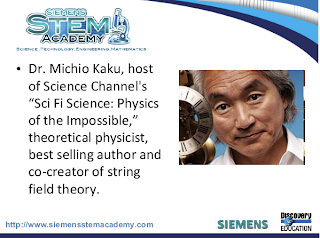 Dr. Michio Kaku, host of Science Channel Sci-Fi Science, notes that as a child, Albert Einstein was a role model. Kaku wanted to complete his work, so in high school, he created an atom smasher that got him into Harvard. Flash Gordon was his second hero, and both moved him toward becoming a theoretical physicist. Good introductory videos from the Sci Fi Science Channel episodes: 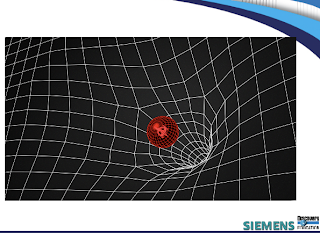 Some things in science fiction are possible and perfecting them is just a matter of time. Physicists believe that it would take an enormous amount of energy to go into the past. No such thing as a flex capacitator exists, and plutonium cannot get us into the past. Can we create a wormhole? If you could put a protective bubble around you, it could keep the throat of a wormhole open and you could go back into the past. Physicists have worked out the paradox of what if you meet your Mother before your were born. A plasma torch with a magnetic field could focus the plasma so you could slice through steel just like in the movies. 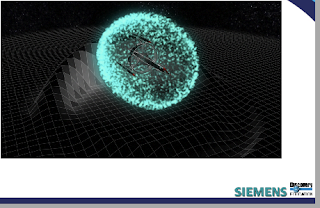 Is there another universe out there? It may be possible to build a gateway between 2 different universes. You would need an atom smasher to reach plank energy (where energy begins to boil) and these bubbles could be a gateway to another universe.

If you build a spaceship, could you go faster than the speed of light? Einstein proposed the general theory of relativity that has a loophole in it. If you have enough negative matter, you can create a warped bubble, expanding space before and behind you. Alpha Centauri comes to you; you do not go to it. Space is compressed in the forward direction and expands in the backward direction. This will not happen in our lifetime, because we do not have enough energy to create this concept. Force fields–4 exist and none of them have the properties for force fields. For this Sci-Fi Science, they had to create the science to make it happen. Quantum teleportation has been done in the laboratory for the past ten years, but it is too awkward to teleport large objects. The MRI scan technology will eventually photograph your body’s molecules, and that may create the future of teleportation.

I must admit that this webinar was beyond my ken, especially when Dr. Kaku opened the webinar for questions–which were fabulous, but even moreso were Dr. Kaku’s answers. This webinar will be archived at the Siemens STEM Academy. You can follow Siemen’s STEM Academy on Facebook.