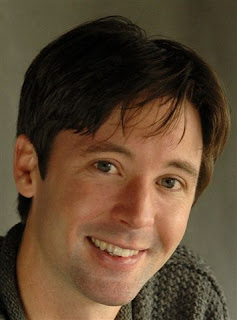 Register now and please join us tonight at 7 PM (ET).

Self-professed math geek and author of Geek Logik Garth Sundem will use humor to show students how they can use math to solve everyday problems. Your students will learn how to use algebra to answer questions like, “Does he/she really like me?” or “Am I really ready for the test tomorrow?” by listing the factors and setting up equations. In this engaging webinar, Garth, who has appeared on Good Morning, America and frequently appears on the Science Channel, will show students that math can be fun!

I wanted to know more about Garth, so I went to the Siemens STEM Academy and found his shortr bio.

Garth Sundem is the bestselling author of the books Geek Logik: 50 Foolproof Equations for Everyday Life, and The Geeks’ Guide to World Domination, as well as over 25 books of entertaining school curriculum. He’s appeared on Good Morning America, the CBS Early Show and is a frequent guest on the Science Channel. His quirky, math-based articles have been featured in Esquire, Men’s Health, Scholastic’s Math Magazine, Publisher’s Weekly and Congressional Quarterly, among many others. Garth was geek before geek was cool: chess club, math club, jazz band…but also the MVP of his high school soccer team. He lives in California with his wife, two kids, and large labrador. Visit him at garthsundem.com.

Like Hall and all the DEN STARs presenters at the PreCon and PETE&C, Garth shared his pre-webinar resources, a lesson plan.

If you are a math geek or a wannabe, this webinar about how math can solve your everyday problems is for YOU!