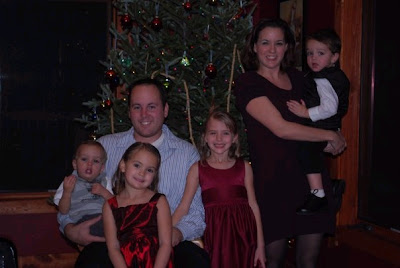 Ever judge a book by its cover, virtual or real? How about a blogger by his voice? Imagine my surprise when I met Joe Oliphant at the DEN PreCon on Saturday, February 19 at a dinner in the Hershey Lodge hosted by Discovery. I had read Joe’s posts on our PA DEN blog, and the English teacher in me read him as a mature voice, locating him somewhere in his mid-forties, or perhaps older. After all, look at what he has accomplished; an ace trainer in a large system, an on-the-road top-notch conference presenter, a tech savvy go-to guy, an anchor for an award-winning school, a nationally published writer–he had to be old enough, I thought, to have accomplished all that and more. I could not have been more wrong. He’s a young guy, really young, and a DEN STAR treasure. Obviously, PAECT (Pennsylvania Association for Educational Communication and Technology) thought so too, awarding him the prestigious Leader of the Year.

Let’s take a look at how and why Joe won this award, beginning at Propel McKeesport which won the EPIC Gold-Gain School 2010 Award as the single TOP performing elementary school from a nationwide consortium of charter schools. That would be Joe’s school, or one of the ones that his outreach and traning encompasses.

Let’s take a look at his professional wiki. Joe’s a sharer from the start and heart. 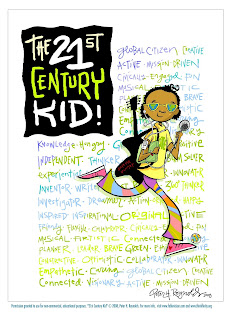 Whatever he has he is willing to share, and let’s face it, if you aren’t a collaborator, you are in the wrong business. Clearly, Joe is at the heart of where he belongs. I love the image that welcomes you to his learning page, but even moreso his text below the image.

Students are born with a powerful desire to learn. Everything we do as parents and teachers must ensure that this powerful desire is kept alive. If there were to be one thing to be continually assessed it would be this desire… too many students leave with little to show for their time at school. Too many leave alienated and powerless.

Part of the process for the PAECT Leader of the Year Award is a nomination letter. Dr. Carol Wooten provided this amazing overview of a remarkable career.

Joe Oliphant has directed the technology program and coordinated the science program at Propel Schools (four K-8 schools, one 9-12 school) for the past three years. His exemplary work and dedication have enabled our schools to embrace various technology practices that are integrated into our classrooms and embedded into our curriculum. Joe began at Propel East in Turtle Creek as a second grade teacher in 2005. He quickly began to explore ways in which he could enhance the learning experience and engage students who may not learn in more conventional ways. Joe took the initiative to begin exploring resources and new classroom innovations. He has attended countless trainings and conferences to be as informed as possible for the benefit of his students. Joe never let it end with him, though. He quickly became an invaluable resource for the entire school, sharing his wealth of information and boundless creativity with all the teachers in the building – even sending ideas via email to teachers at the other Propel Schools.

Mr. Oliphant has directed the planning and installation of Smartboards, projectors, document cameras, sound systems and student response systems in all classrooms. In addition to these amazing tools and technology integration, Mr. Oliphant has directed the integration of distance learning among our five schools with local museums and institutions. Perhaps the most exciting of these exchanges occurred with Propel students and NASA, in which the students had the opportunity to learn skills from a NASA educator, focusing on related concepts being taught in the classroom.

Joe currently teaches a high school computer animation course, in which he teaches the students exciting computer skills and challenges them with fun, relevant classroom projects. He also coached a team of Propel high school students who competed in the 2009 Pennsylvania Computer Fair. His team won their division in their first year of competition.

Joe Oliphant is a Keystone Technology Integrator, and has assisted colleagues as they seek the esteemed Pennsylvania recognition. He is also a Certified Smart Trainer, a certification obtained after rigorous training, which allows him the opportunity to effectively implement the Smart tools into Propel’s classrooms. Through his extensive work with the teachers and administration on how to best utilize and integrate Smartboards and other technologies, Propel was recently recognized as a Smart Showcase District, an honor given to only four schools in the state. In addition, Mr. Oliphant has directed Propel’s Gigapan Project, working alongside professors at Carnegie Mellon University. He has taken part in trainings with teachers from several school districts, and worked with educators on an international level.

In addition to the extensive knowledge he has brought to Propel, he has shared his passion by presenting at a number of conferences, including Pennsylvania Educational Technology Expo & Conference (PETE & C), Three Rivers Educational Technology Conference (TRETC), Keystone Summit, and as a co-presenter from California University of Pennsylvania at the TCC Worldwide Online Conference. He has published an article in The Pennsylvania Administrator Magazine titled, “Technology Coaching: Empowering Teachers to Create 21st Century Classrooms,” and has been included in Who’s Who Discovery Educator. Joe is an active member of the Discovery Educator’s Network Leadership Council, where he has a featured blog used to reach out and share with teachers across the state.

Propel has used the highly acclaimed ASSET Science Program science we opened our first school in 2003. For the last four years, Joe Oliphant has directed this program to include science professional development both internally and at ASSET Science. Mr. Oliphant planned and implemented the Science Olympiad for the past two years. This student event is a team science and technology competition recognized as a model program by the National Research Council. He has trained teachers, high school students and parents to direct the science and technology activities in this competition.

One of Mr. Oliphant’s most outstanding contributions to science and technology is the planning and implementation of Propel Schools’ Annual Technology Fair, “Powerful Practices in Technology.” This August was the first year and over 20 school districts from all around western Pennsylvania attended this free event. Presenters included Propel teachers, teachers from outside districts, speakers from Discovery Education, and representatives from Smart Technologies were on hand to assist teachers and answer any questions about using their tools in the classroom.

Within the district, Joe has written grants to acquire 15 GPS units for the schools. In addition he has written grants for other hardware including classroom response systems, LCD projectors, and laptops. Many of the resources obtained through grants have been purposely focused on bringing together schools and families. Joe has organized and held family technology awareness nights focusing on cyber bullying, netiquette, and Internet safety. One of the more popular events has been the school wide geocaching events where teachers, students, and families participate in a GPS scavenger hunts prior to School Community Council meetings. This event has been held at all of the Propel schools.

Joe’s creative uses of technology in the classroom and his excellent ability to aide other educators in the best ways they can excite and engage students has had a huge impact on so many in the Propel system. Joe does not back down when teachers are afraid of changing the way they teach, especially with some of the more seasoned teachers. He really takes the time to see every teacher through the sometimes scary transition to technology in the classroom. His commitment is amazing. By reaching out to every teacher, he touches every student in every classroom. It goes so far beyond a single classroom. Joe’s efforts are directly driven by his love of children and his commitment to make every student a lifelong learner by engaging and exciting them in the classroom; by making them more than pupils, but making them active participants in their own education.

Joe Oliphant has been an amazing asset for Propel administrators, teachers and students. His commitment to science and technology in the classroom is evident in the passion and dedication he demonstrates every day.

I am never surprised that our finest people in Pennsylvania are always DEN STARs, but I am always impressed with the breadth and depth of their knowledge, collaboration, and passion they bring to education.