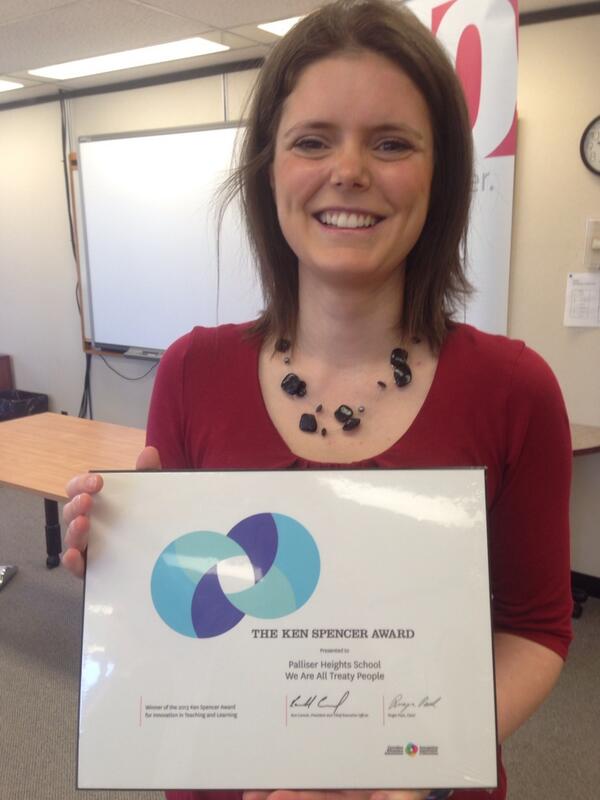 Claire Kreuger is one of those special teachers whose passion and creativity take her to places not everyone goes. Her efforts to teach Treaty Education to her students combined with technology and creativity has been recognized by the Canadian Education Association with the Ken Spencer Award for Innovative Teaching Award. She is among 7 people in Canada receiving this award.

She admitted that when she started the project she tried to be an expert on treaty education, but soon realized she did not have the base of knowledge to draw from like, for example, a math teacher would.

“It’s very easy to teach a math class, but when you haven’t taught treaty education classes it can be uncomfortable to try to be doing something that you’ve never seen be done before,” said Kreuger.

The We Are Treaty People project is the integration of the treaty education program – as designed by the Office of the Treaty Commissioner – and the element of technology.

In the case of Kreuger, she used iPads and the applications on them to begin the inquiry process of what does it mean to be a treaty person?  Full article

Here’s one artifact from her project:

Claire is an active DEN STAR and recently presented at the K-12 Online Conference on Constructing Identity with an Ipad.